The ‘OG’ Sword in the Stone 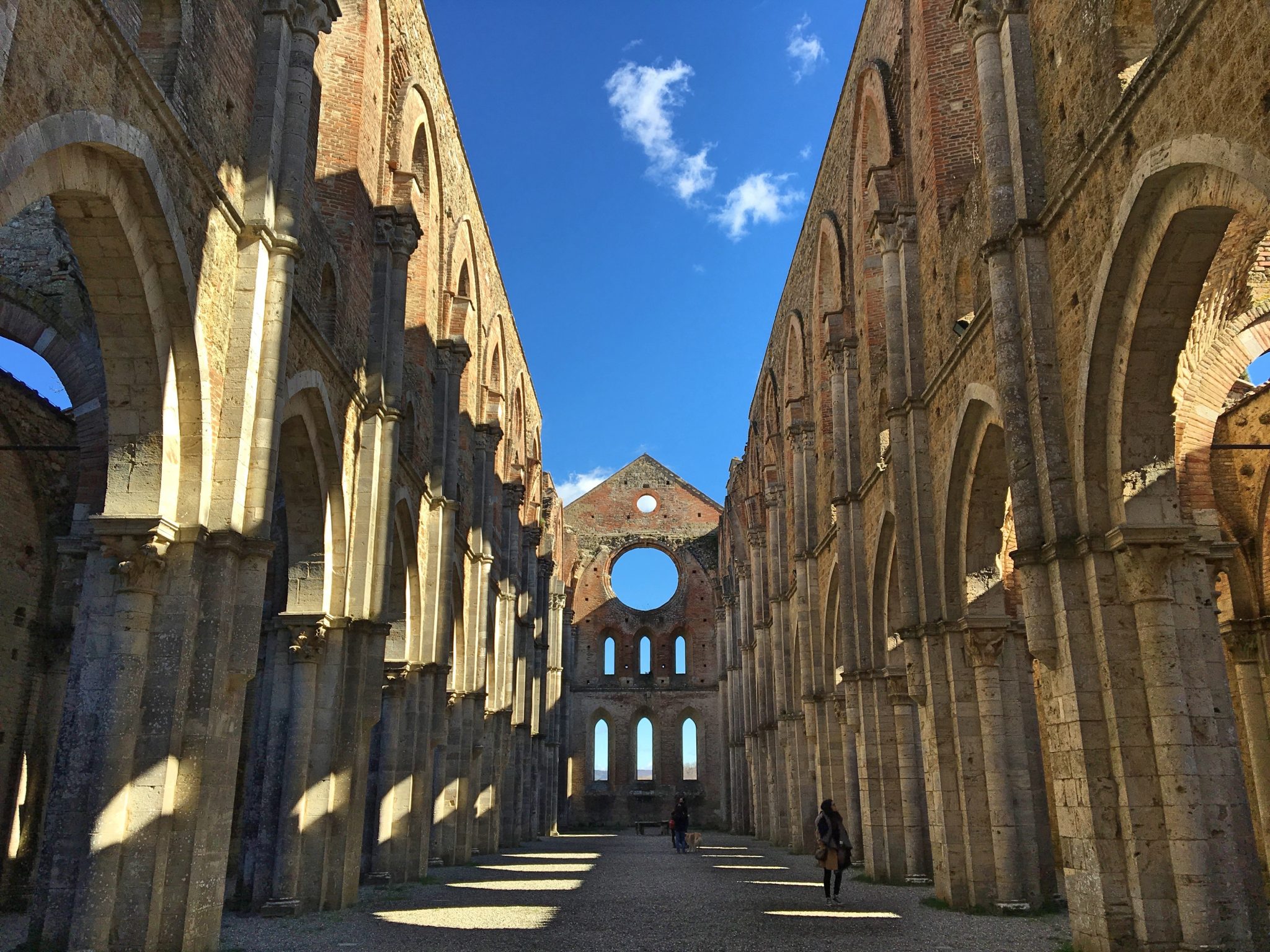 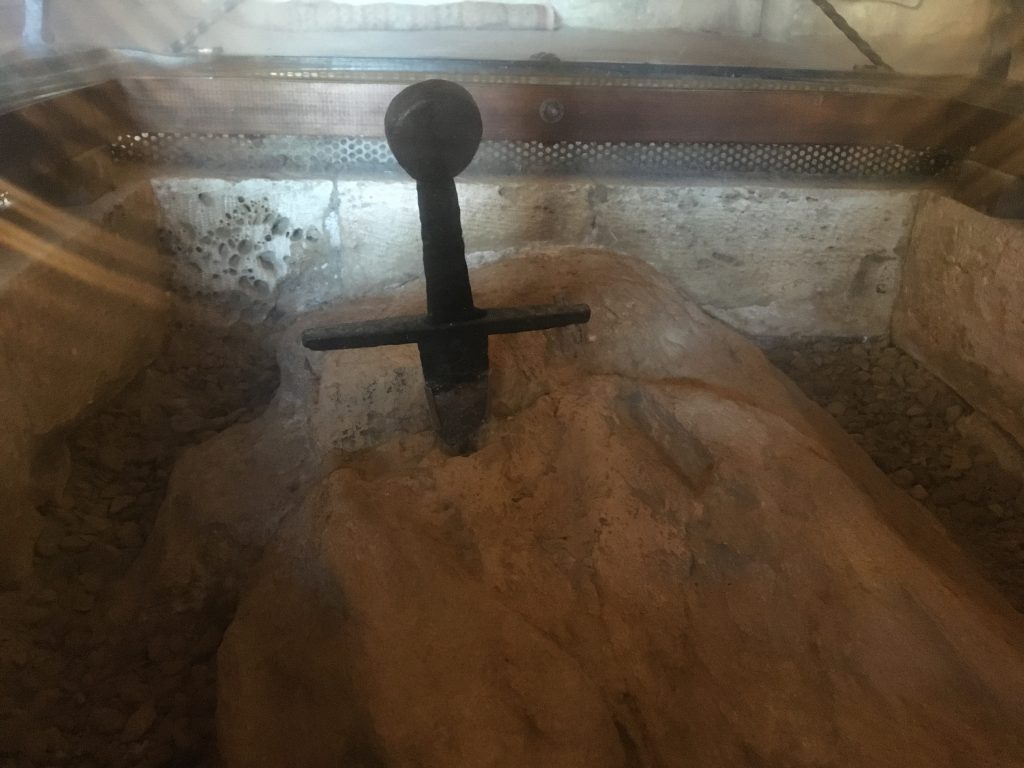 Nestled in the rolling hills of Tuscany, you’ll find the roofless Abbey of Saint Galgano in ruins, which was a Cistercian Monastery built in the 13th century. 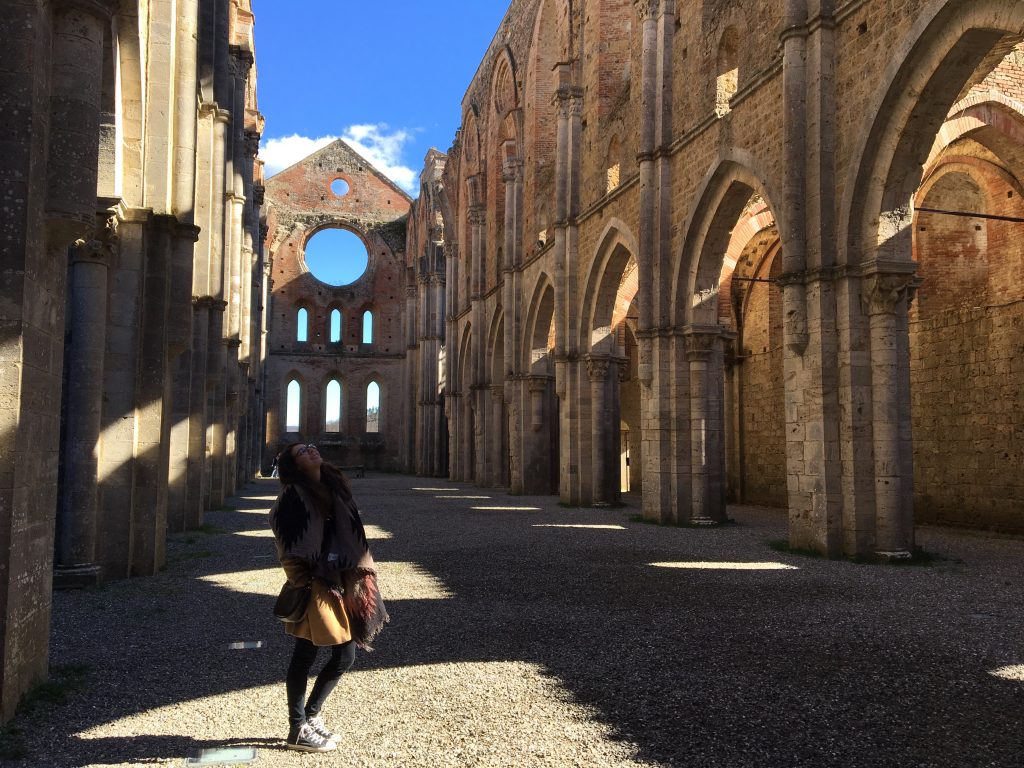 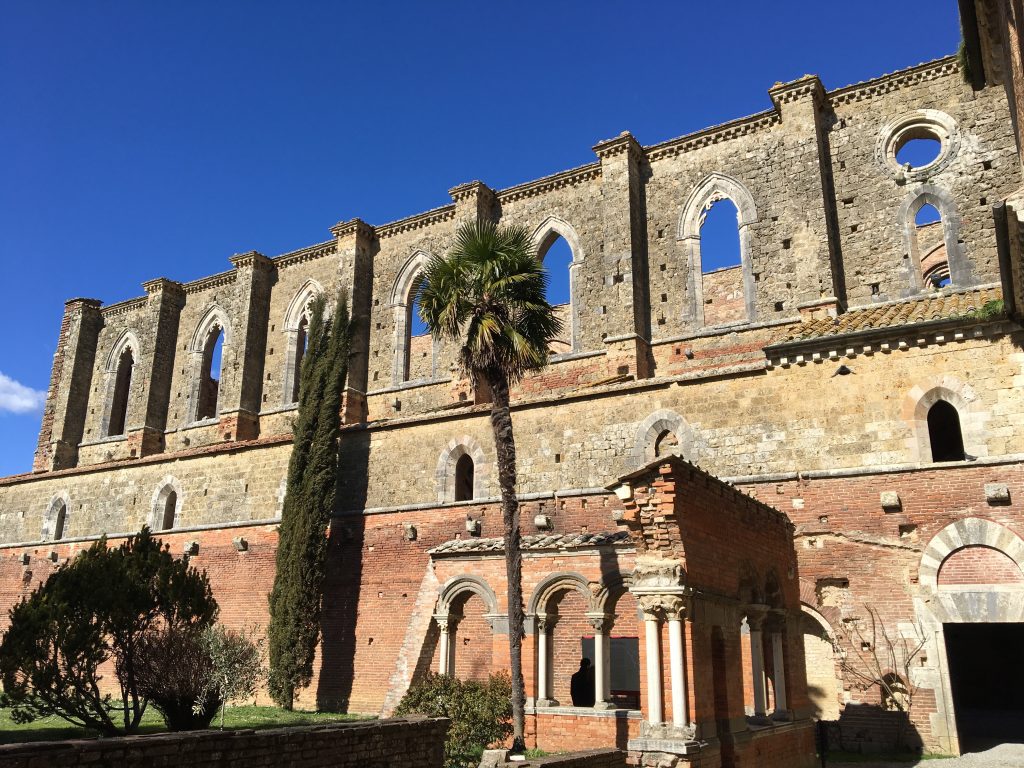 Nearby, is the Eremo or Rotonda di Montesiepi chapel which houses the original sword in the stone – pierced by Saint Galgano himself. His tomb in also located in the chapel, which is a striking, Romanesque temple style chapel, that was later claimed by the Medici family. This area is a great retreat, especially if you like quiet countryside, vineyards and cycling. When we were there is was a beautiful spring day and many bikers were zooming through the hillside. Sharing land with the Abbey and the Eremo or Rotonda di Montesiepi are many vineyards. Red wine from this area is great – it’s quite near to Monsanto – where one of our favourite Tuscan reds is from.

Here’s a (really) quick synopsis of the legend:

It all starts with a boy named Galgano, who was a young, mischievous youth, who reeked havoc around the village.

One day, after having an epiphany, Galgano vowed that he would change his ways and dedicate himself to God and become a hermit. To solidify this decision, he slashed the symbol of a cross into a stone and then pierced the stone with his sword.

The sword stuck right through the center of the stone. From then on, Galgano lived a life of solidarity. The town’s people were so moved by Galgano’s change – they later built and dedicated a Romanesque temple style church to Galgano which was built around the stone with the sword stuck into it. Unfortunately, when Europe was hit by the Black Plague in the 14th century. The population of Chiusdino either died or migrated elsewhere, leaving it a ghost town.

Now the ruins of the Abbey of San Galgano is a tourist destination and a popular wedding venue. 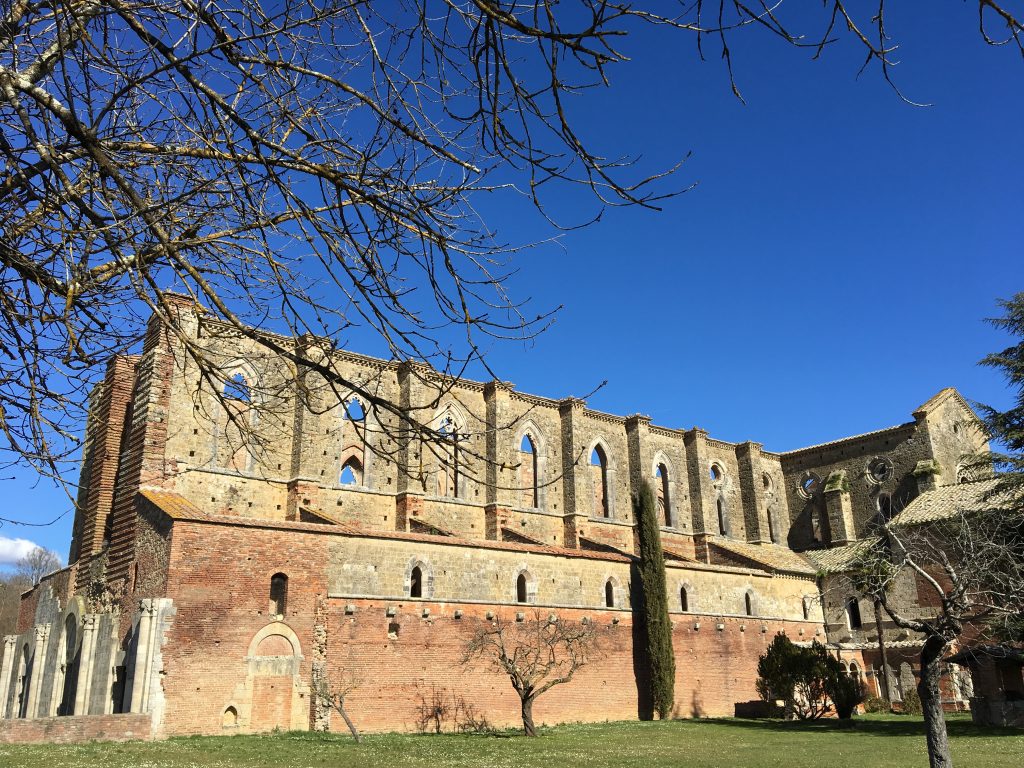 Right next to the abbey there is a vineyard, that produces a wine called Montesiepi di S.Galgano. You can taste it while having a nice lunch at the hotel/restaurant nearby. 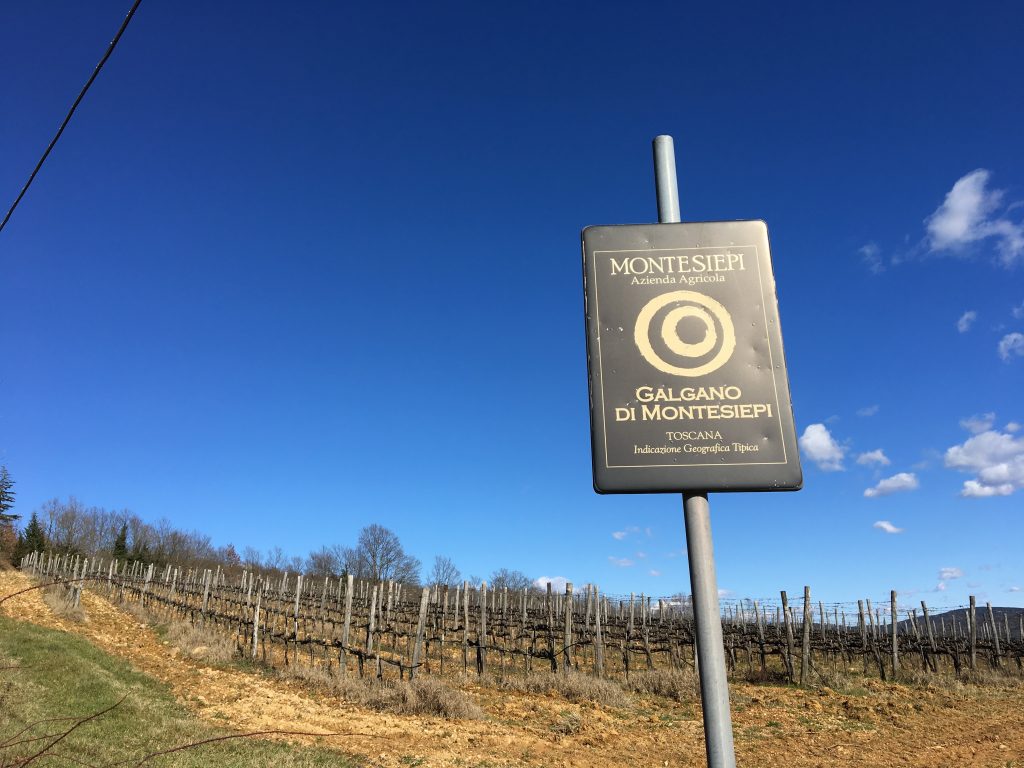 However, if you feel like discovering more around, you will have so many options.

We decided to visit one of our favorite producers. Castello di Monsanto is about 45 minutes driving from S.Galgano, but it’s on the way to Florence if you’re going there. Castello di Monsanto Riserva is one of the most special Chianti you can buy for less than 20 €. A bold, intense red complex and mystic flavors just like the abbey of S.Galgano. 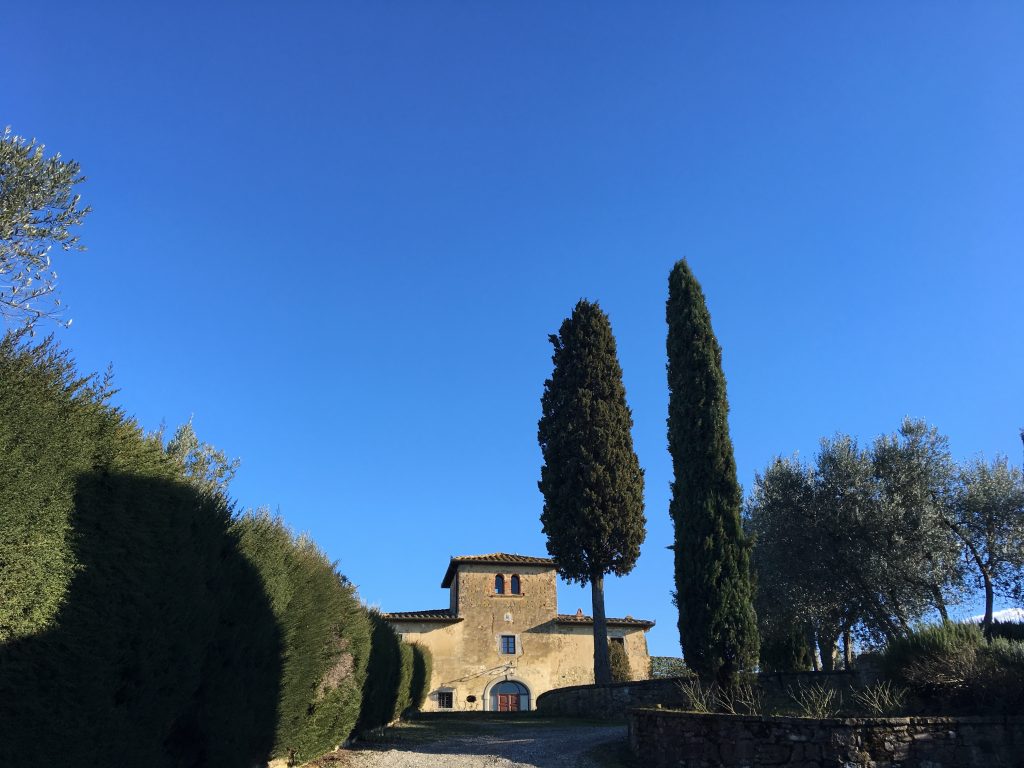 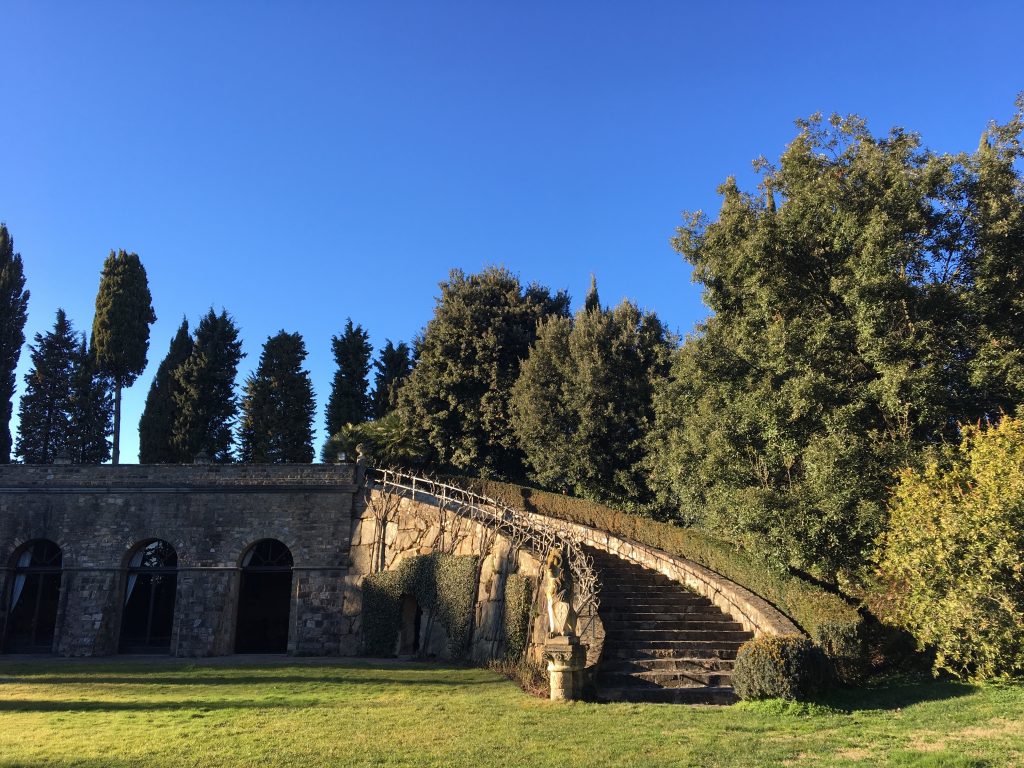 More photos from the Abbey of San Galgano, Chiusdino, Montesiepi. 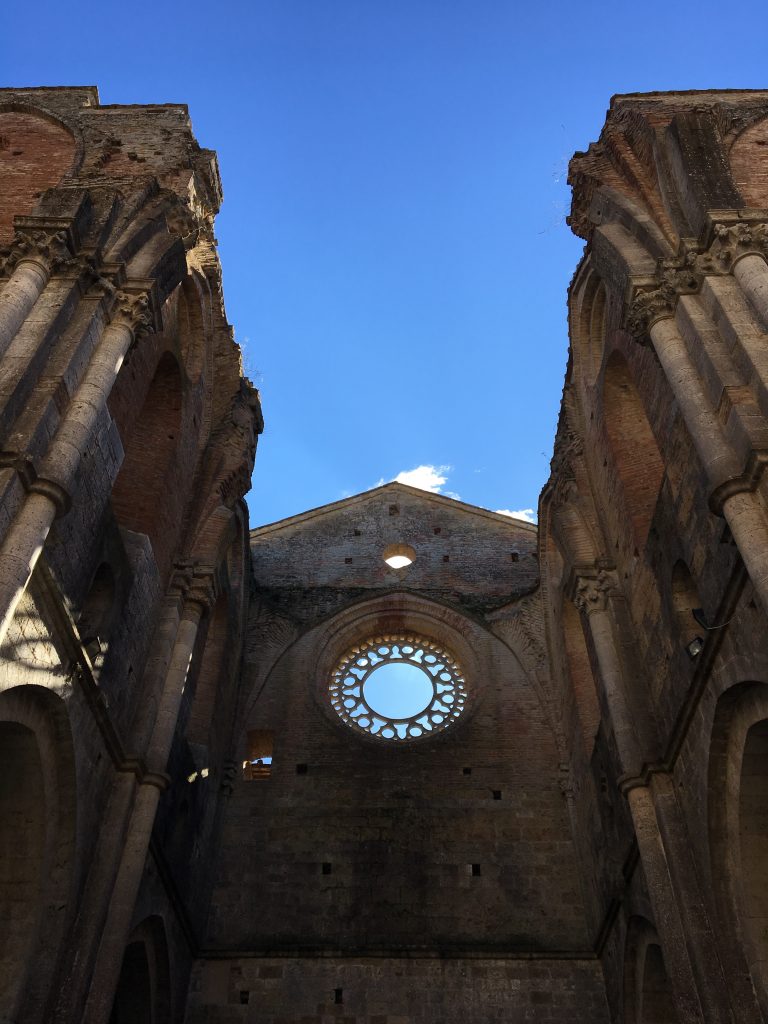 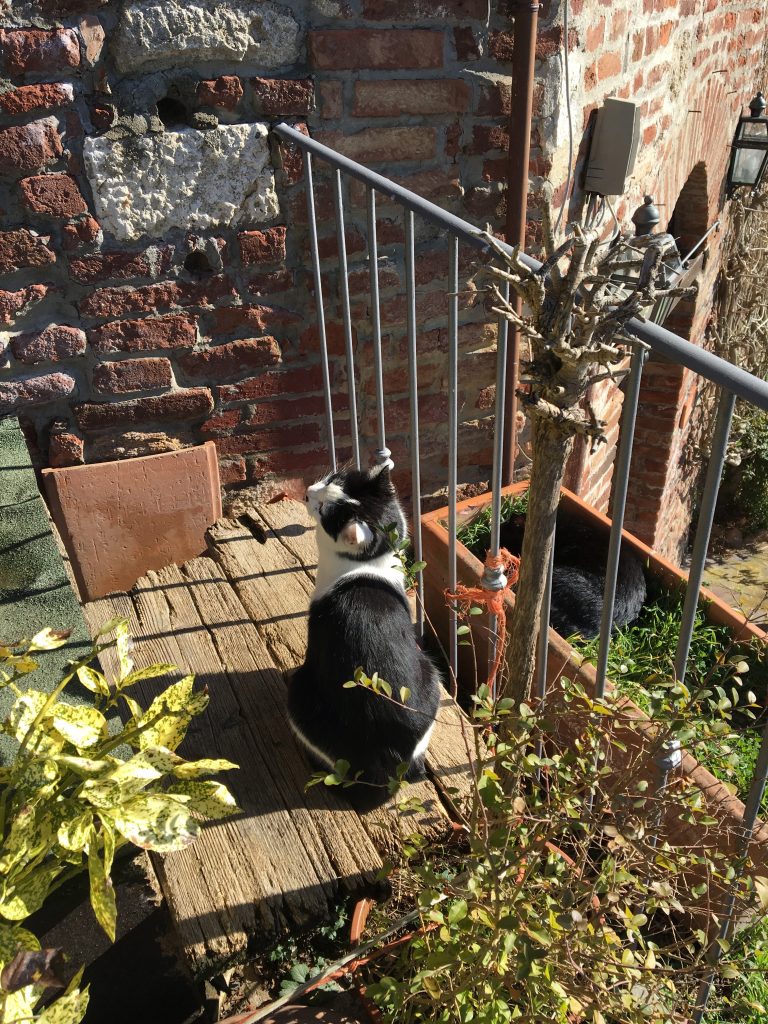 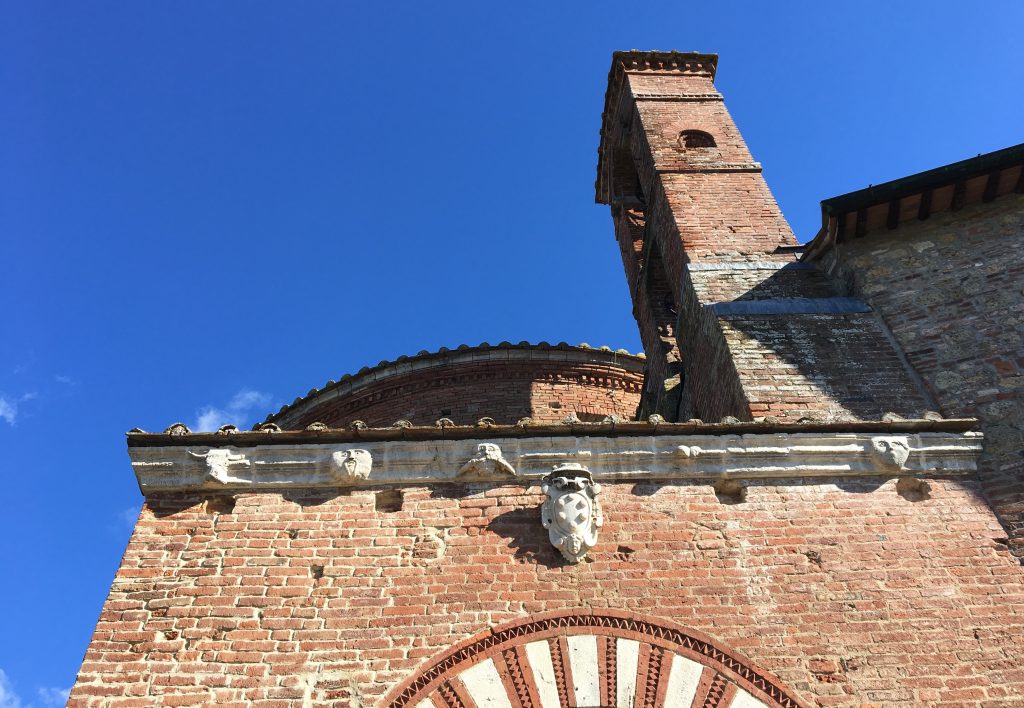